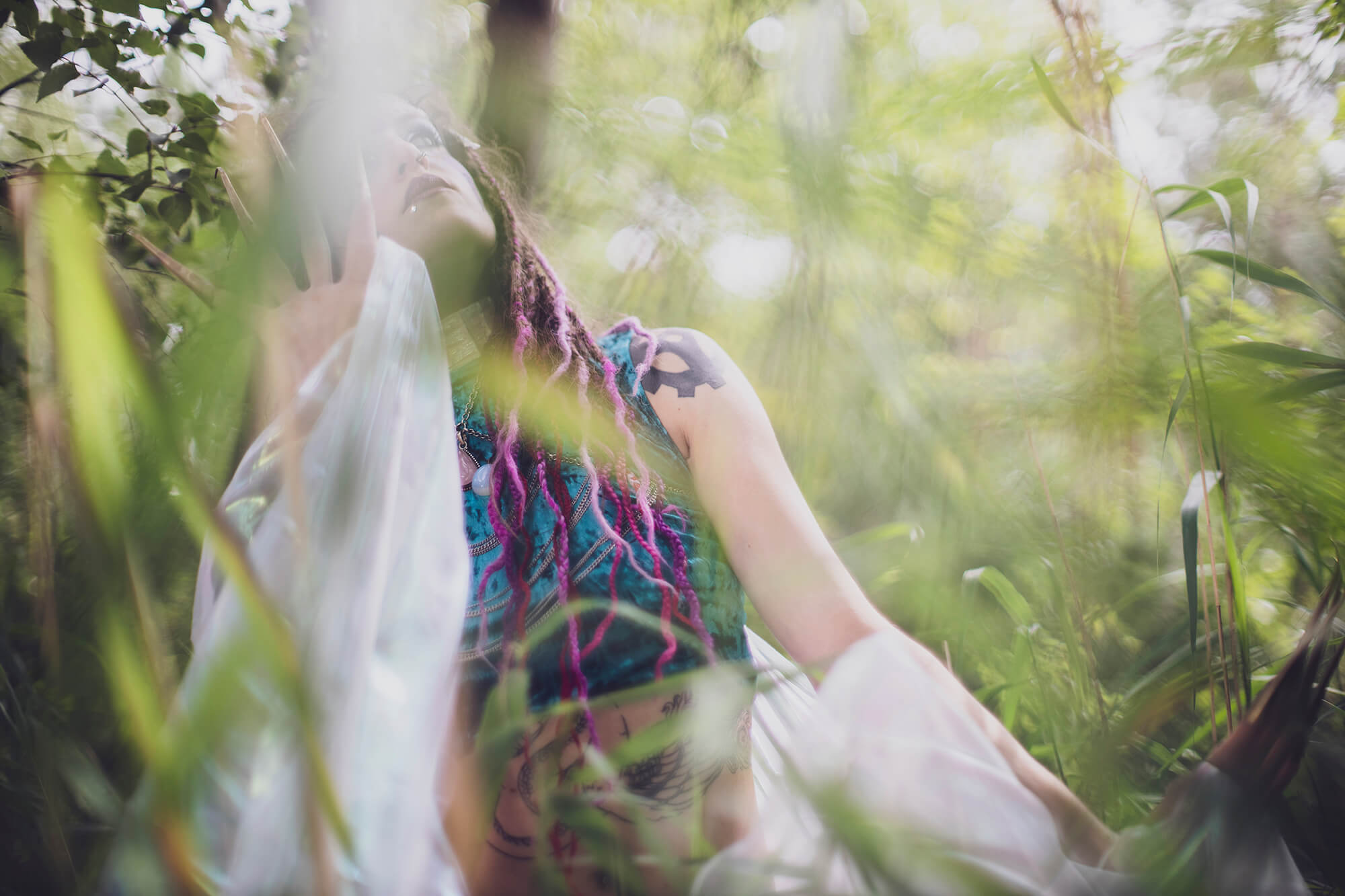 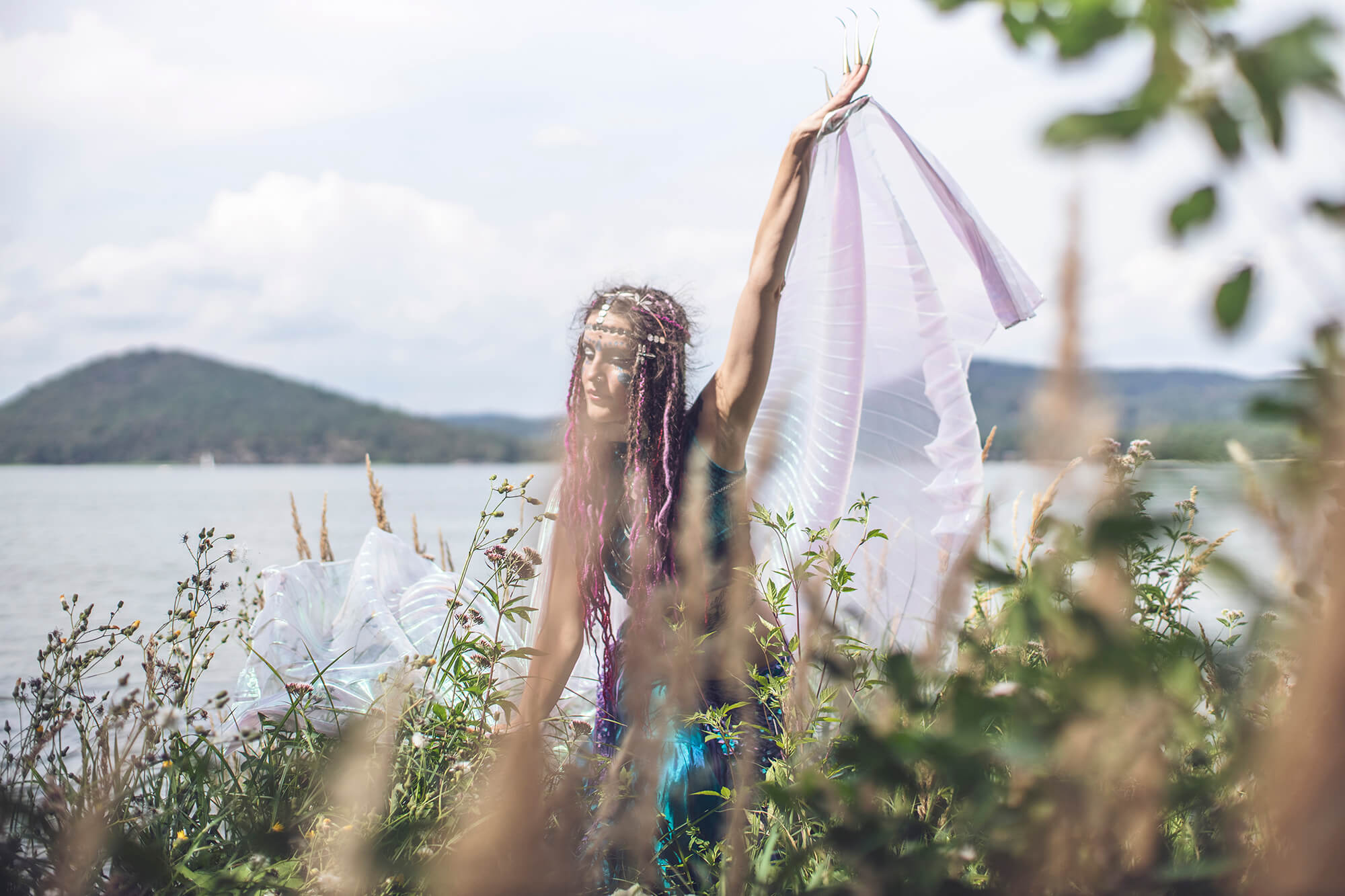 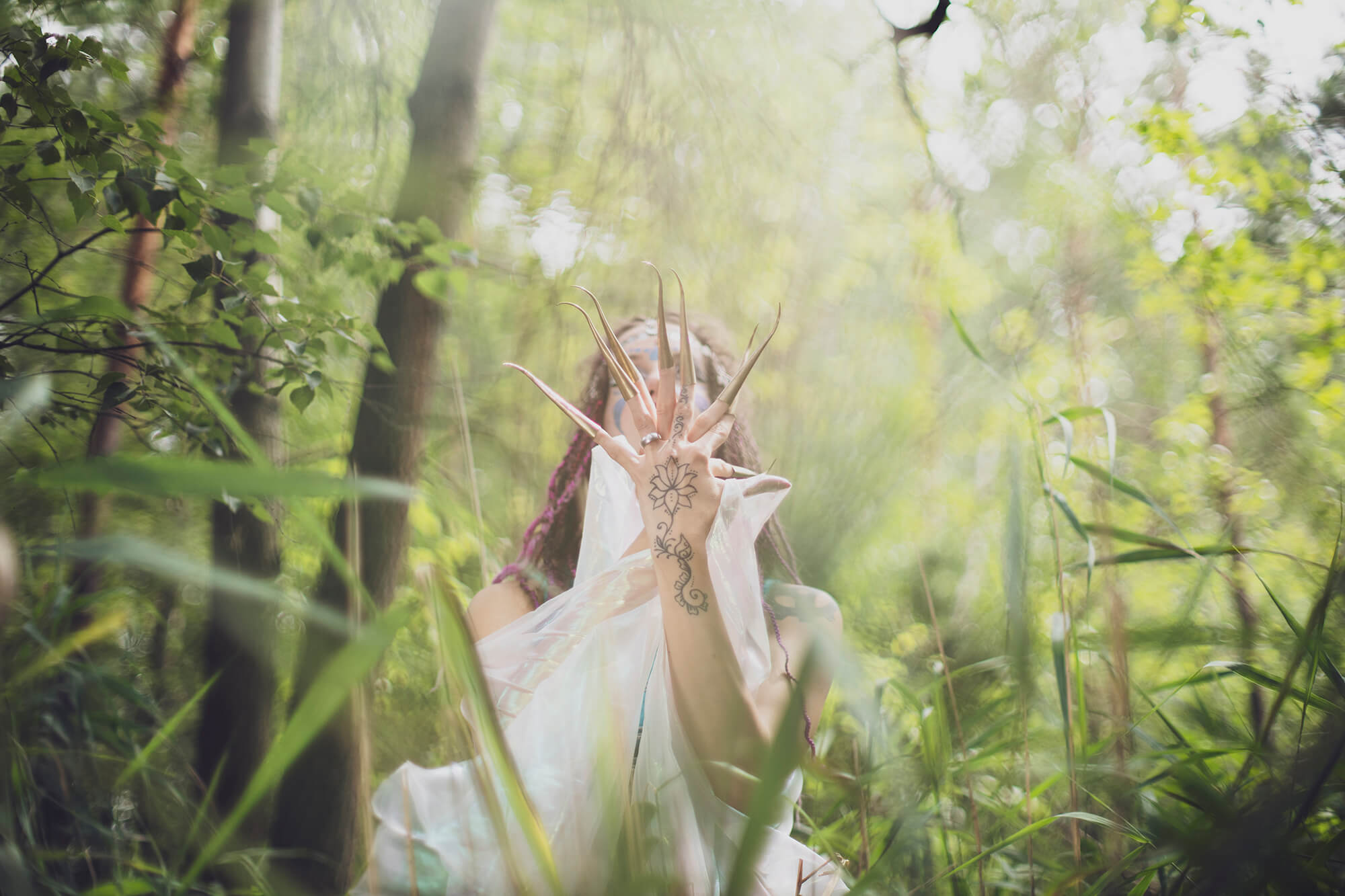 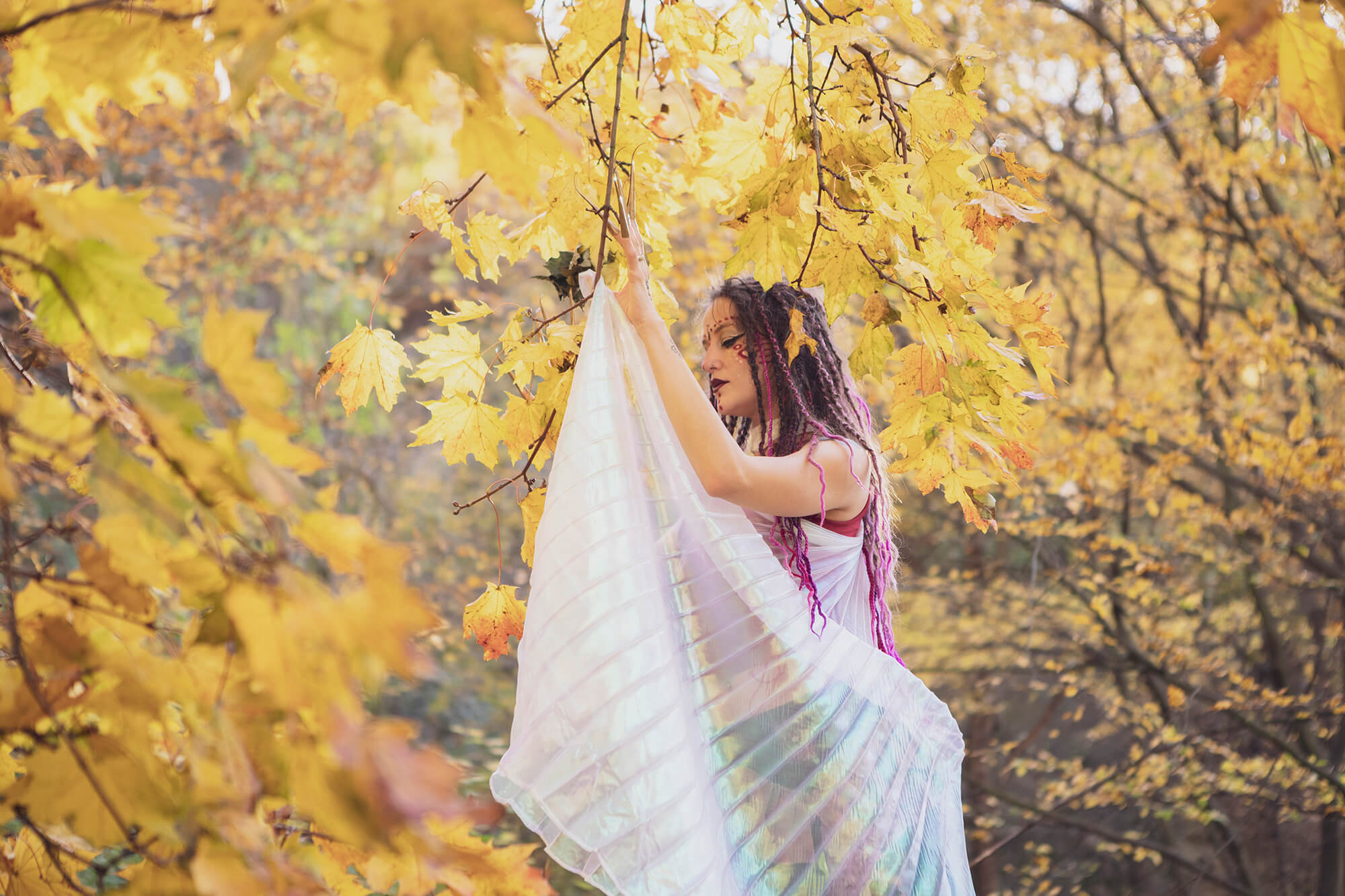 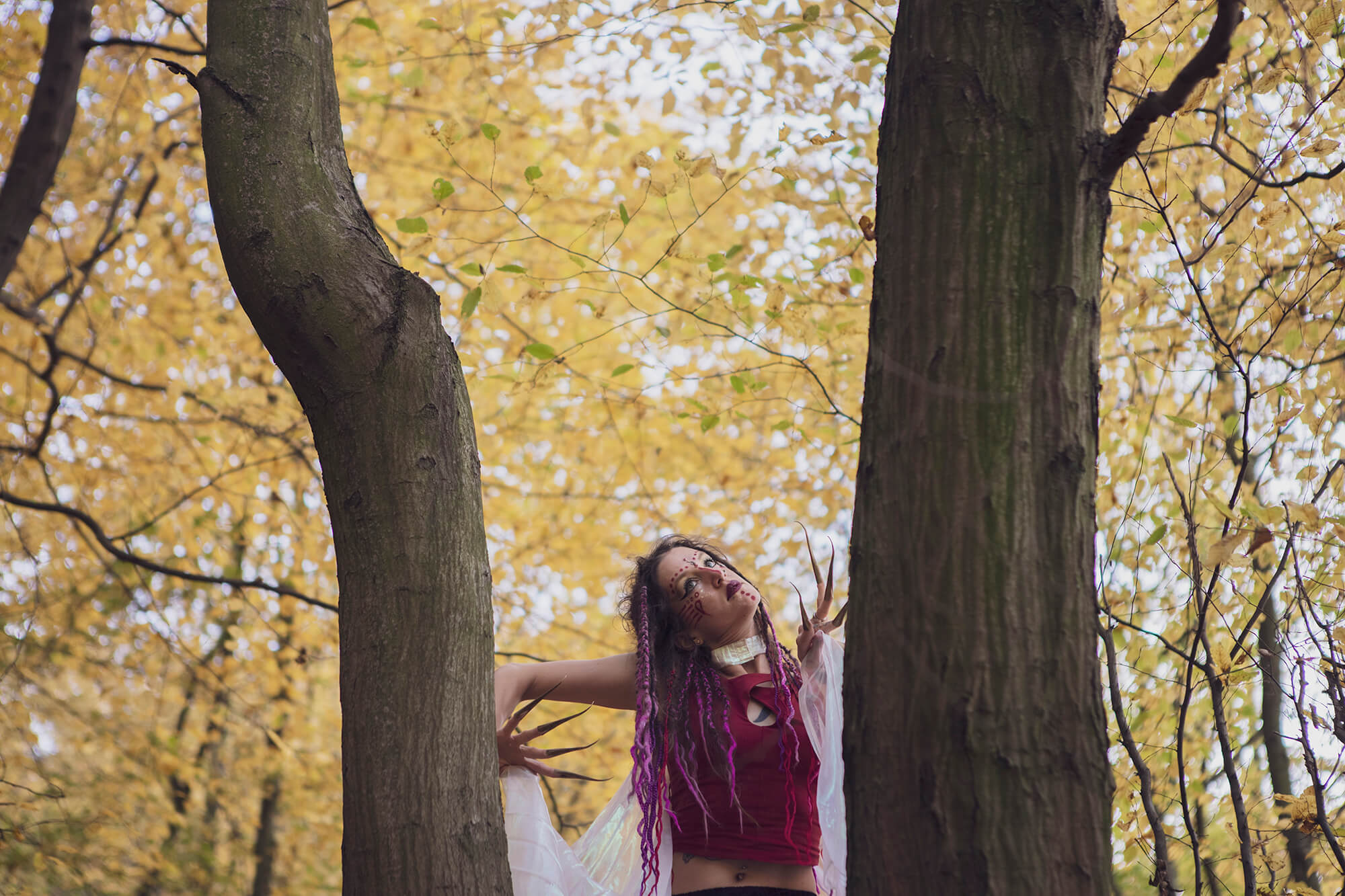 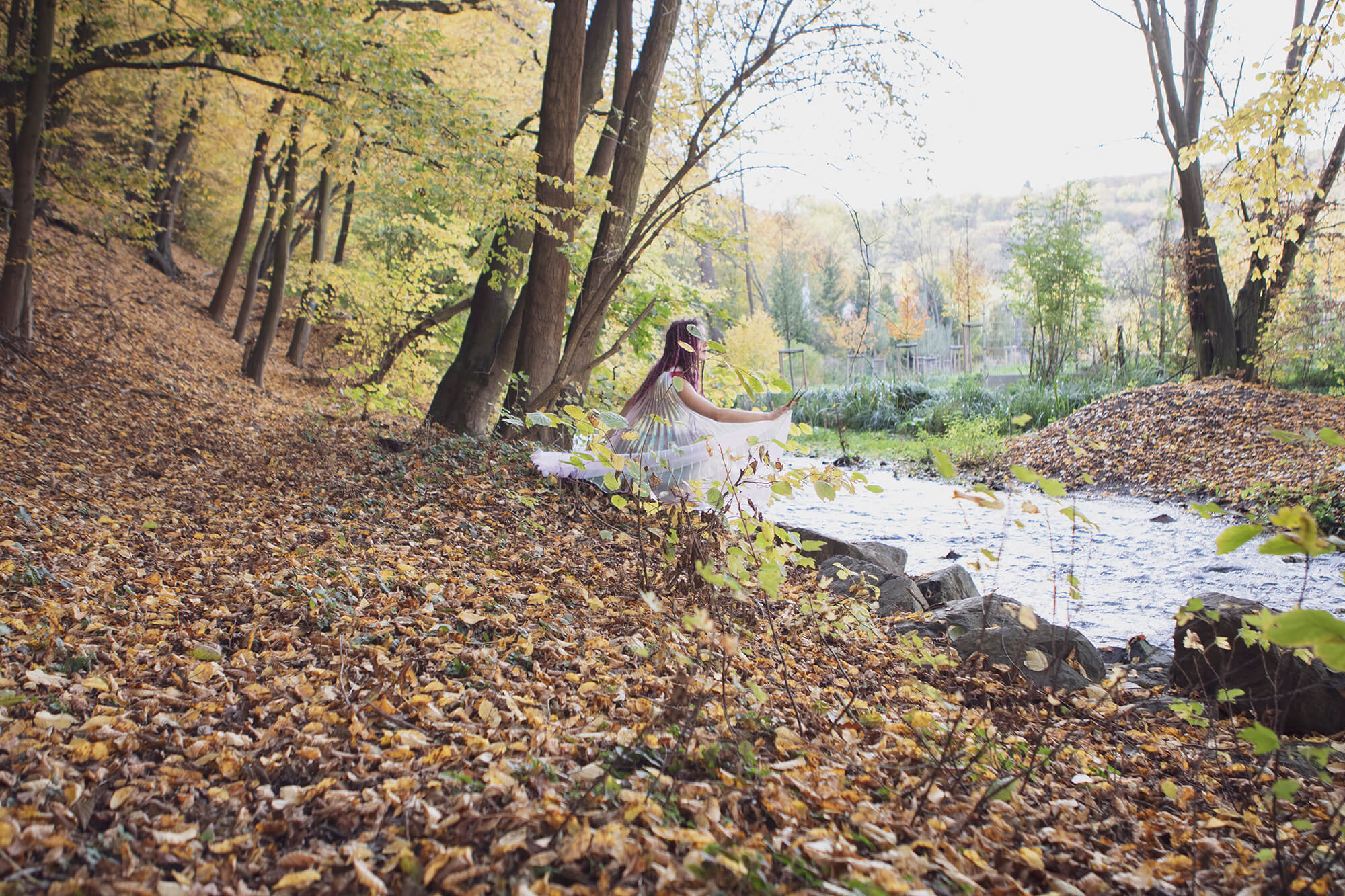 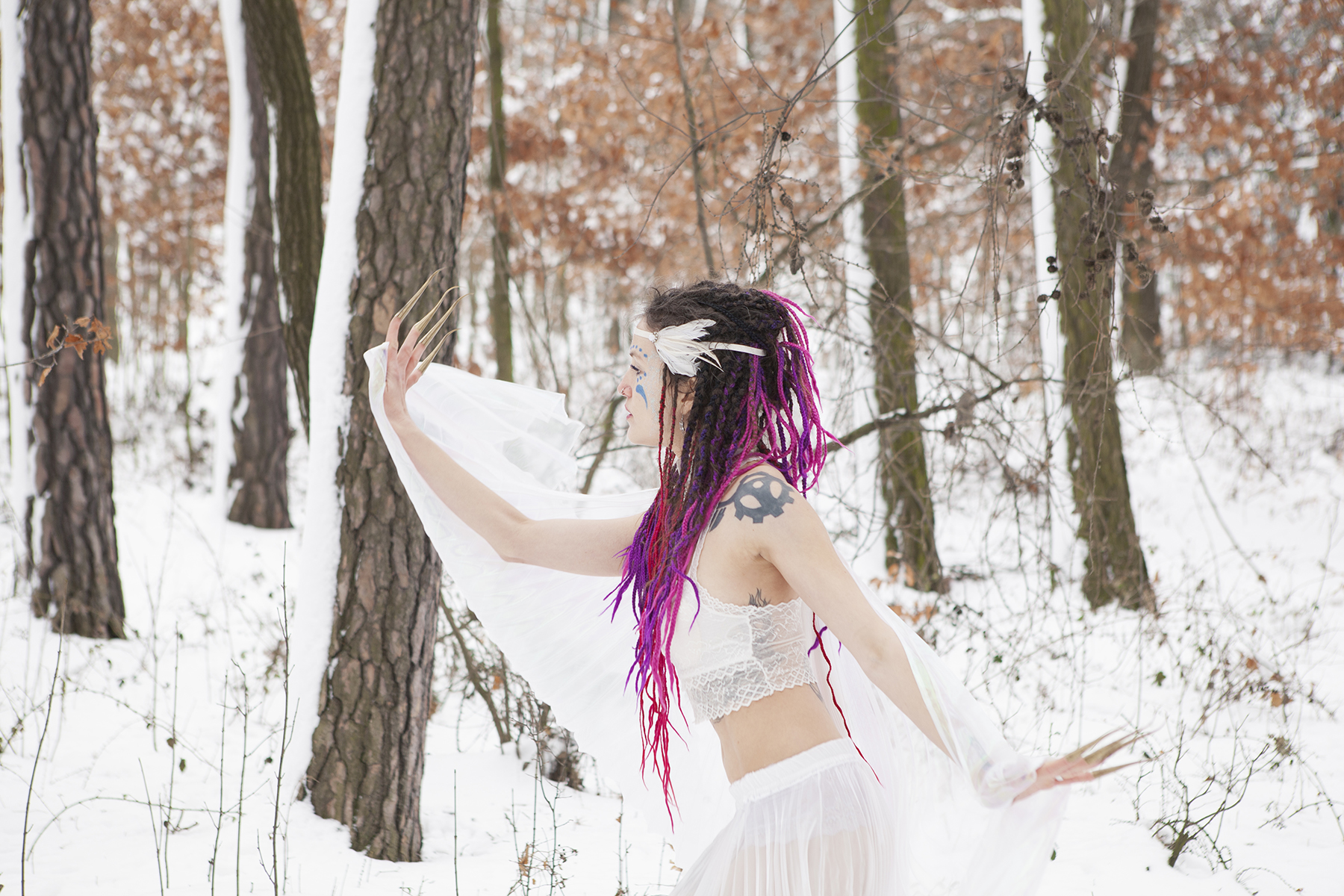 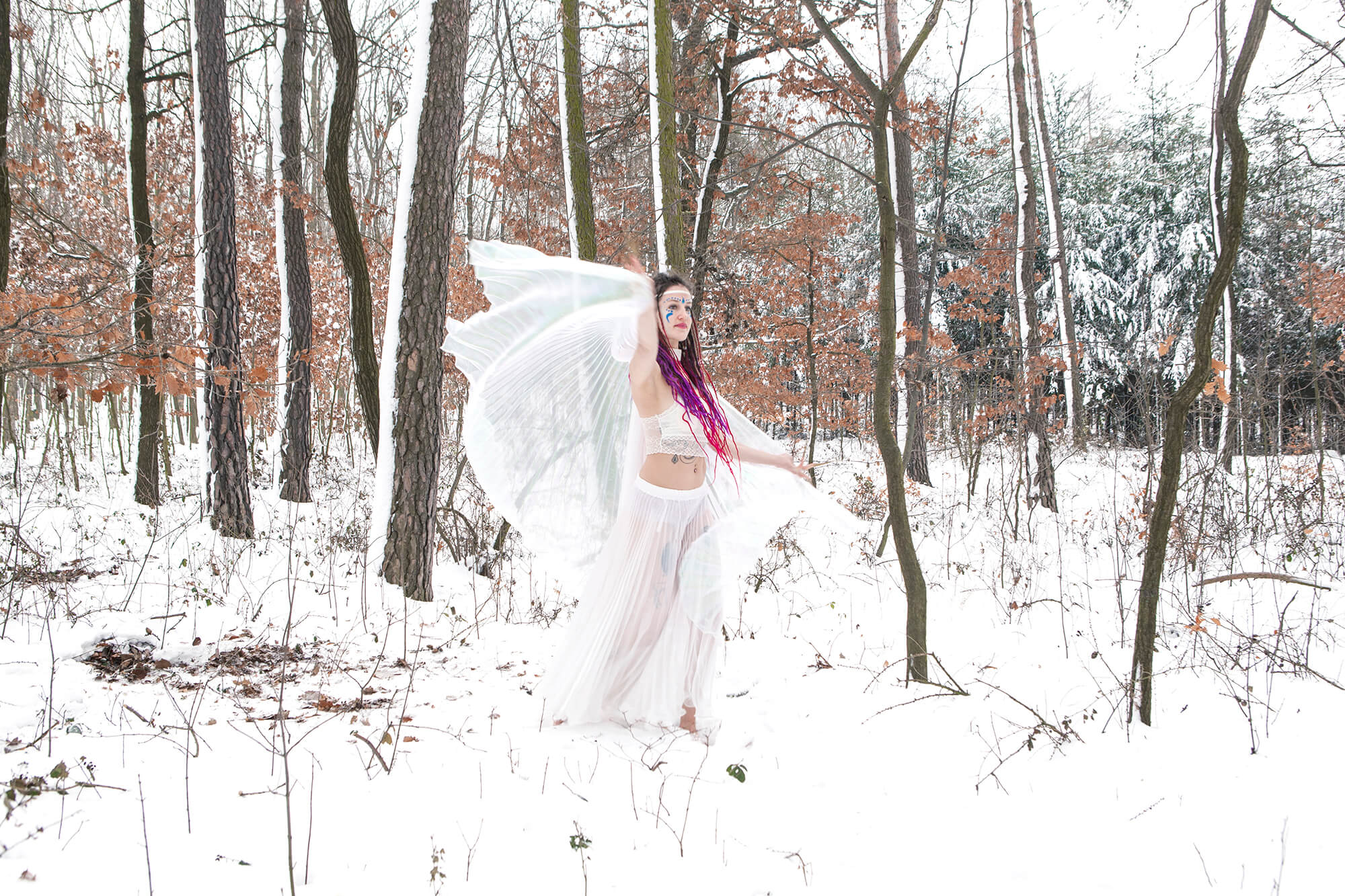 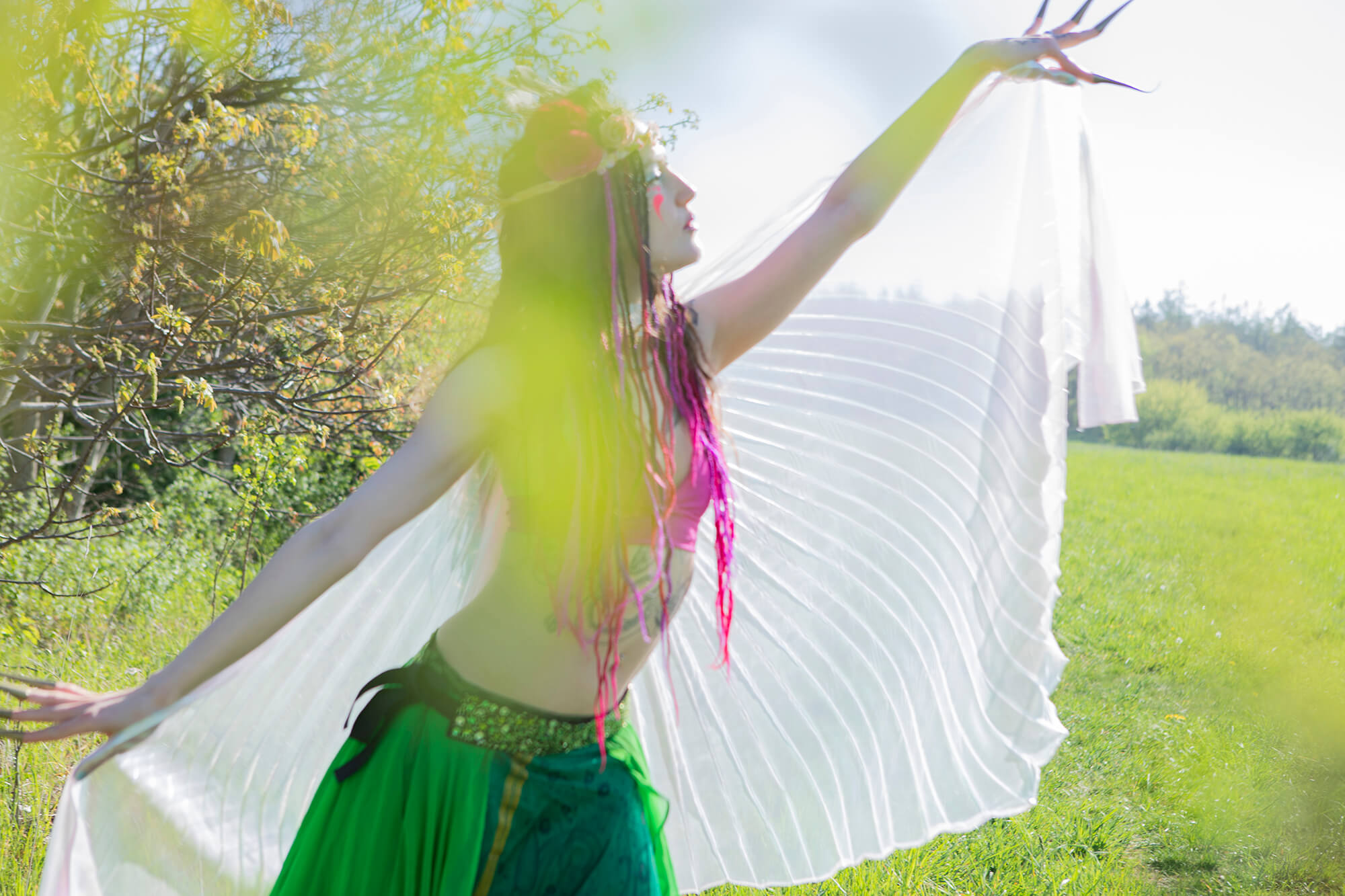 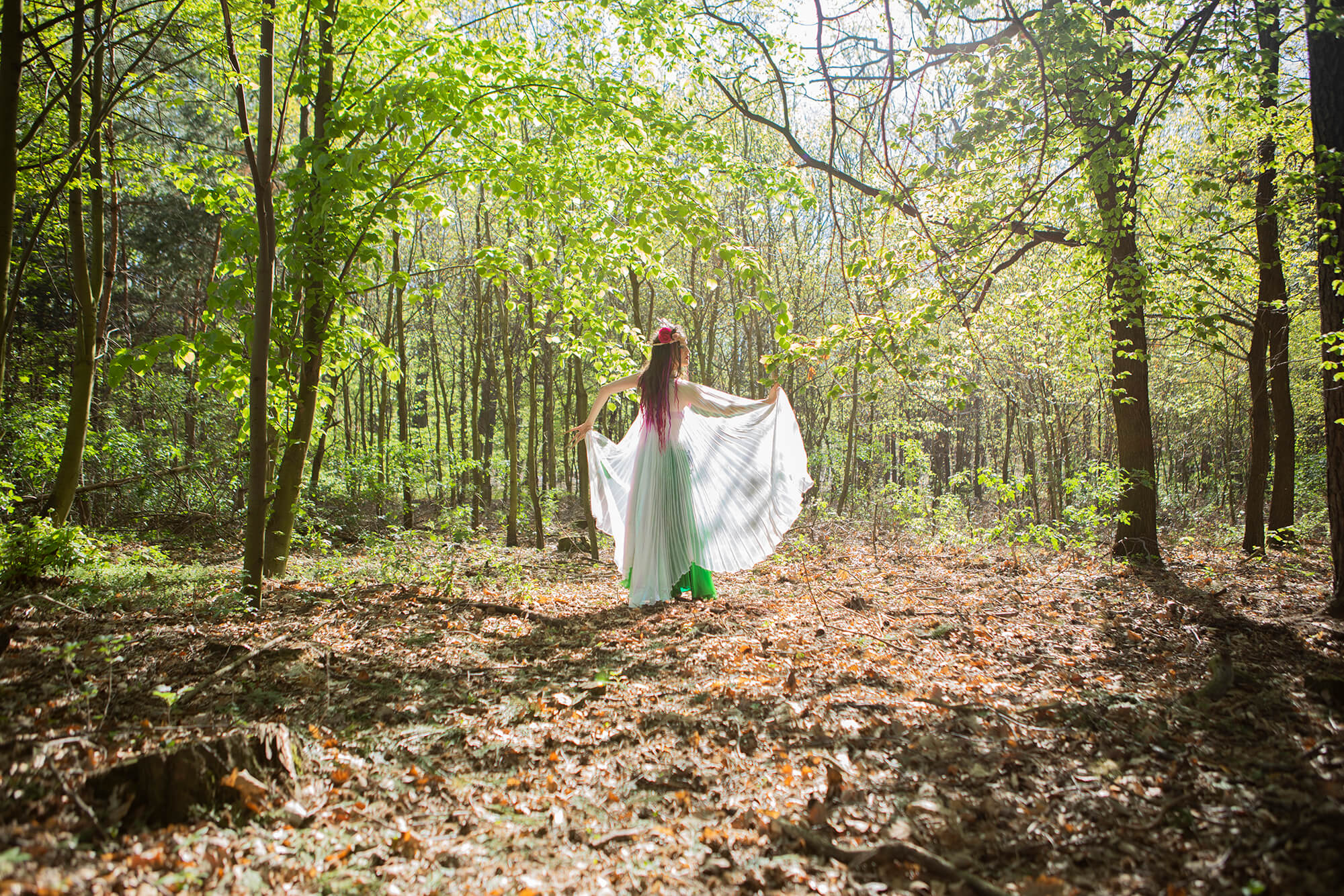 “This photography factionary project was photographed over a full year.
It started when I was on a quest for “good.” While I was searching I found it, but I also found the other half of it, “evil”.
The “good” and “evil” together gave birth to the “Apocalyptic Fairy.”
I discovered that the good and evil go hand in hand; they are one, two parts of a whole.
While working on this project, the global COVID-19 pandemic started, so it’s important to note that the name of this project was given to it before the crisis.
But the global effect that happened seemed as it was created in a factionary way, precisely according to the project I was photographing…
I was on a search to photograph “good” and I found it in nature.
Nature is not good or bad, it’s just nature. In any case, it’s not “evil.” So I went and photographed nature.
In order to emphasise nature, the life in it and its state of being, I chose to photograph it on a full year time frame, which is represented by the four seasons, winter, spring, autumn and summer, which is a full cycle in nature’s perception of time.
I added a connecting element to nature, between it and the human world – the Apocalyptic Fairy.
The origin of the fairy is in folklore and ancient stories, but it is also possible to find it mentioned in fairytales, modern literature, movies and comics.
Fairies are usually described as having a human appearance and enormous magical powers like the ability to fly, cast spells, affect events, and forecast the future.  In classic folklore fairies are described as chaotic and unpredictable. They can act with kindness or nastiness and even in an evil way. There are many stories about fairies playing cruel tricks on humans.
In Christianity it is customary to blame fairies for unexplained or disturbing phenomena…
The fairy in this photography series is the Apocalyptic Fairy.
The apocalypse according to the historian and philosopher Amos Funkenshtein: “The end of the world is near. Only a few will survive to see the birth of a new and divine era. The old world, which is full of sorrow and agony, will collapse under the weight of its evil. Under it, a new world will be built in all aspects: a new society and a new cosmic order.”
The Apocalyptic Fairy in my photography series is dancing her dance, casting a spell on humans, those who harm nature, and creating a dramatic change in the world and a new world order, in hopes that the humans will understand the message and will change their ways.
She is doing it from a place of good, which is blended with evil , and hoping that the humans will get the message.
That they will take care of nature, respect all animals. That they won’t pollute the planet and will return to life within the balance between themselves and nature. Or else…”
Shalev Man