WE ARE ALL GO(L)D – Art project 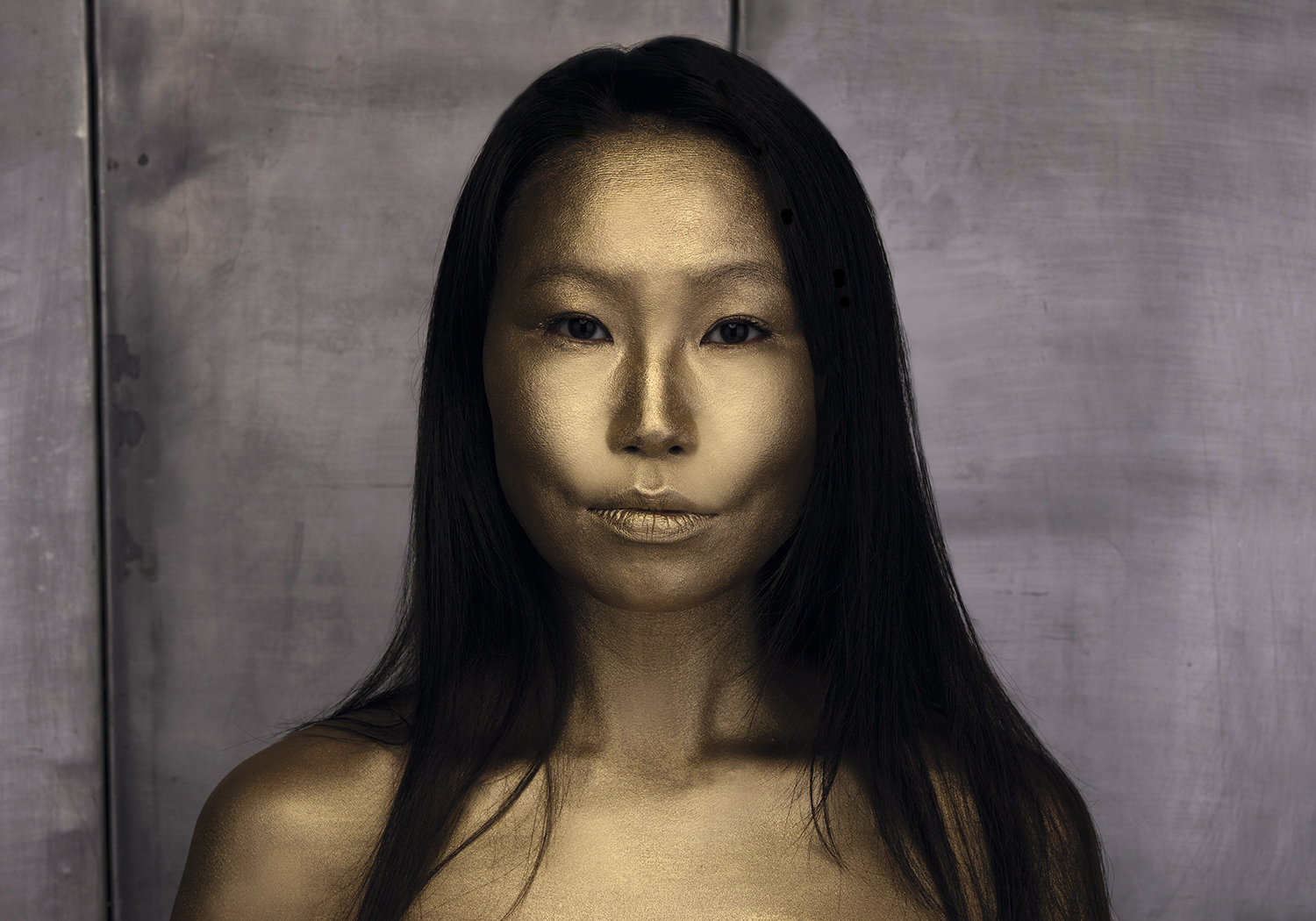 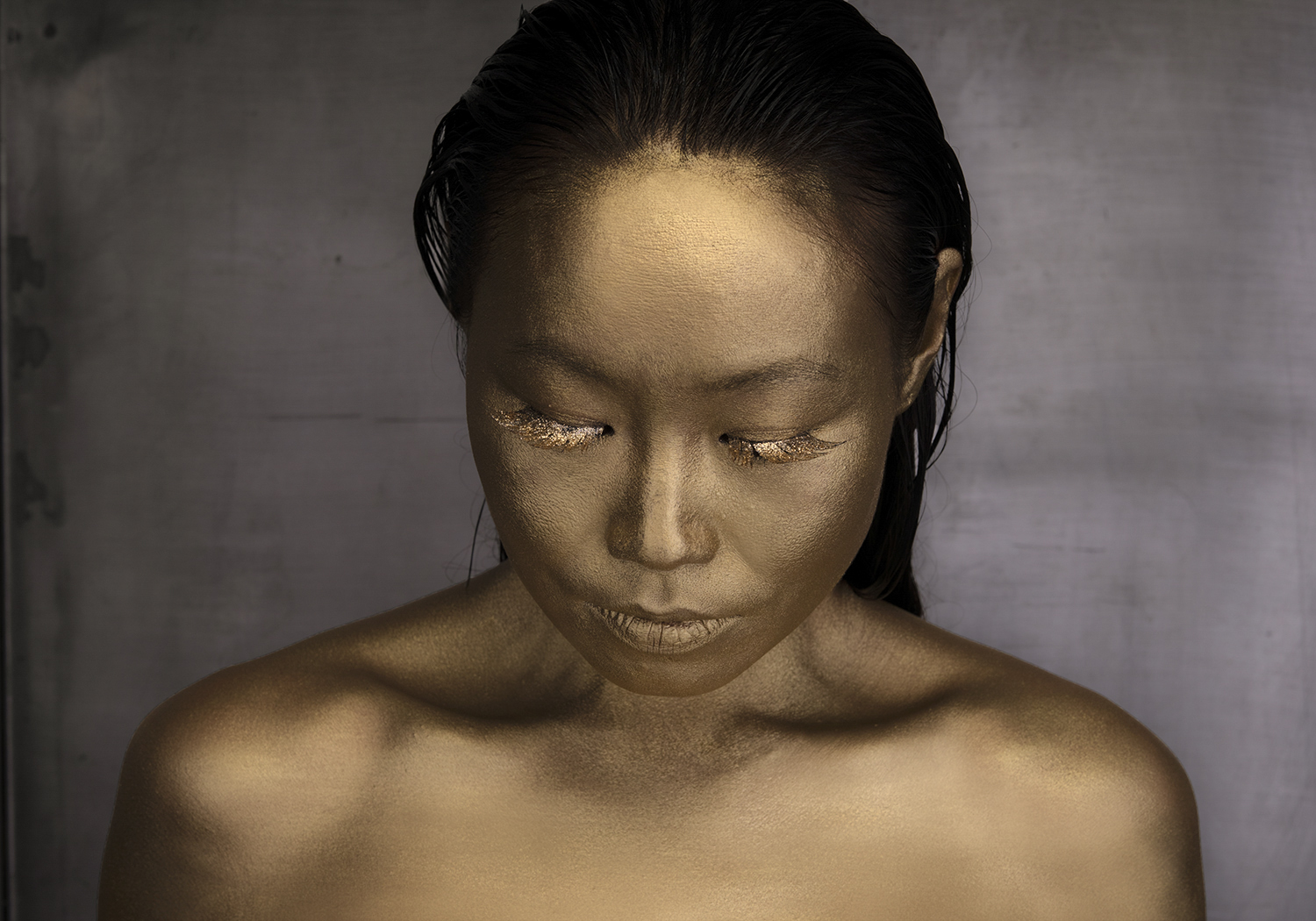 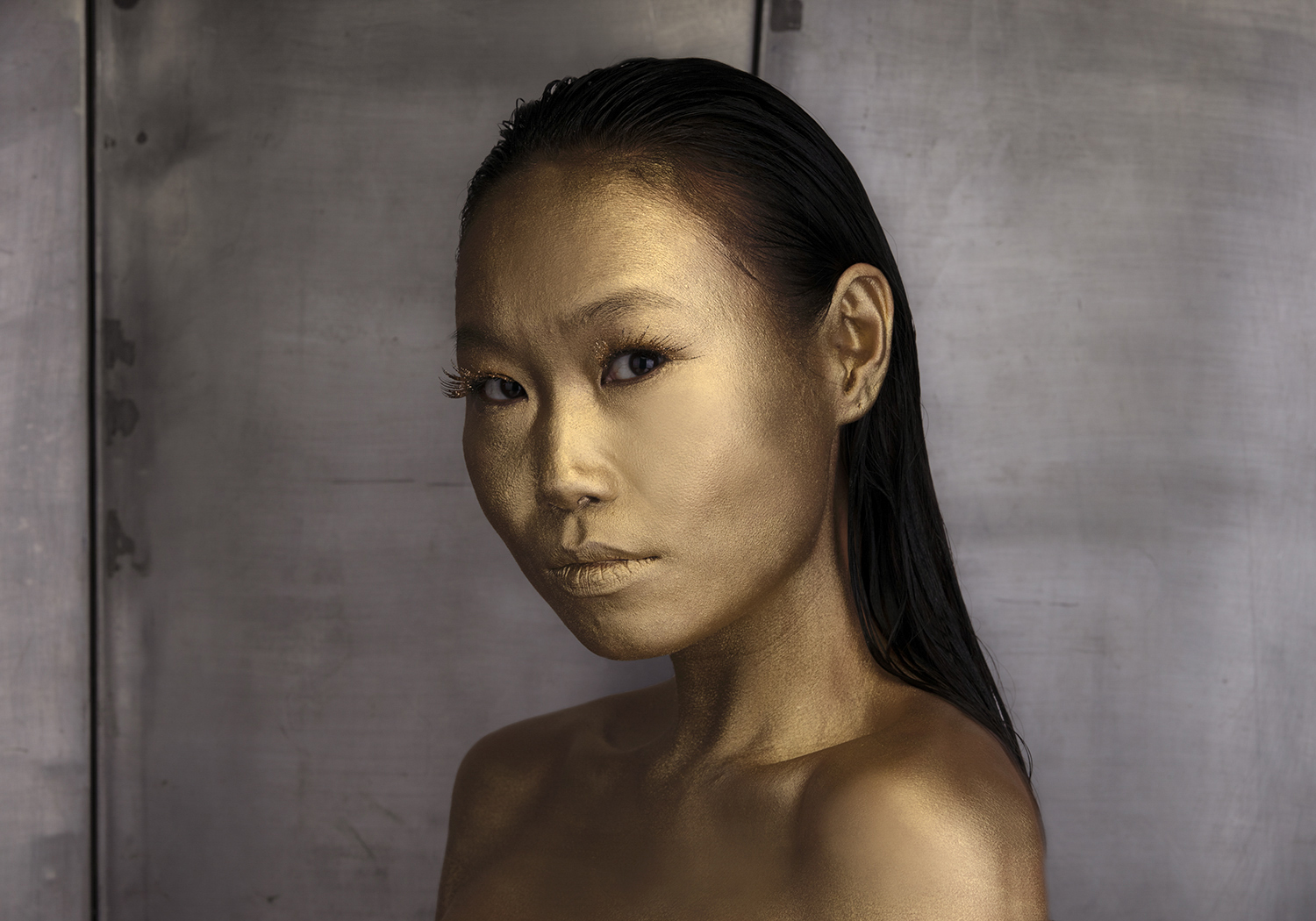 WE ARE ALL GO(L)D means that it doesn’t matter which skin color we have or eyes shape or our origin or whatever;
We, humans, are different, yes, but we are all Gold, we are all god (not in a religious way).
We were all made by Nature/Universe/God/the Existence.
It is shown through 5 Golden models from different origins, that were covered in gold and represent different types of humans.
Each model is represented by three photos.
At the moment a model from Mongolia is presented, the other photos will be uploaded n the future also.
The gold cover changes their look and creates a common ground.
It is also photographed in a way that gives the models a unique and strange look, that can be seen as they are a statue, a painting or even an alien, it was made in purpose so it will give the viewer a ‘zoom out’ look on us, Humans.
The saying we are all gold is a bit naïve and some will might say obvious, but, we live in a time that even basic truths can be shaken, that’s why it’s important to say even the most basic things, all humans are equal, no one should be discriminated.
This project was shown in two exhibitions and had amazing responses and purchases.

It is an ongoing project by the photographer Shalev Man, who was born in Israel to a family that its origins are from Europe.
His family suffered from hard racism in WW2 and ran away wounded and beaten to Israel as refugees.
Shalev grew up as religious and saw there also the discrimination between nations and was very sensitive to it, up to a point, when he has 16, he decided to be a free man, and not to be religious any more. When he was 21 he started traveling around the world and saw the beauty and all the colors of different cultures.
He lived in the US for almost a year, travelled around Europe, South, Central and North America.
He also did a one-year ride on a motorcycle all over the Indian sub continent. In his photography work and travels around the world, Shalev met many kinds of people in a very close way, some were supposed to be enemies, but in reality,
Shalev saw all the common ground between the people, even those who are suppose to be the complete opposite one to the other. This project is one of the outcomes of those perception.
Shalev is photographing since he was 16 yrs old and working professionally as a portrait and commercial photographer for the last 14 years. He recently started to publish more of his artistic projects.